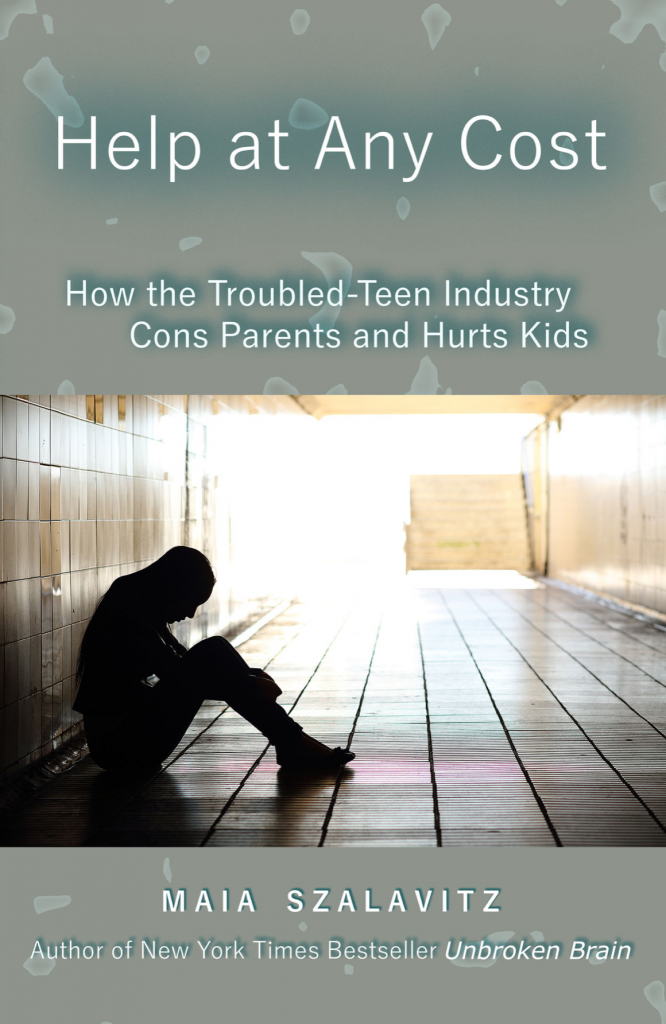 The troubled-teen industry, with its scaremongering and claims of miraculous changes in behavior through harsh discipline, has existed in one form or another for decades, despite a dearth of evidence supporting its methods. And the growing number of programs that make up this industry are today finding more customers than ever.

Help at Any Cost is the first in-depth investigation of this industry and its practices, starting with its roots in the cultlike sixties rehabilitation program Synanon and Large Group Awareness Training organizations likeest in the seventies; continuing with Straight, Inc., which received Nancy Reagan’s seal of approval in the eighties; and culminating with a look at the World Wide Association of Specialty Programs-the leading force in the industry today-which has begun setting up shop in foreign countries to avoid regulation. Szalavitz uncovers disturbing findings about these programs’ methods, including allegation of physical and verbal abuse, and presents us with moving, often horrifying, first-person accounts of kids who made it through-as well as stories of those who didn’t survive. The book also contains a thoughtfully compiled guide for parents, which details effective treatment alternatives.

Weaving careful reporting with astute analysis, Maia Szalavitz has written an important and timely survey that will change the way we look at rebellious teens-and the people to whom we entrust them. Help at Any Cost is a vital resource with an urgent message that will draw attention to a compelling issue long overlooked.